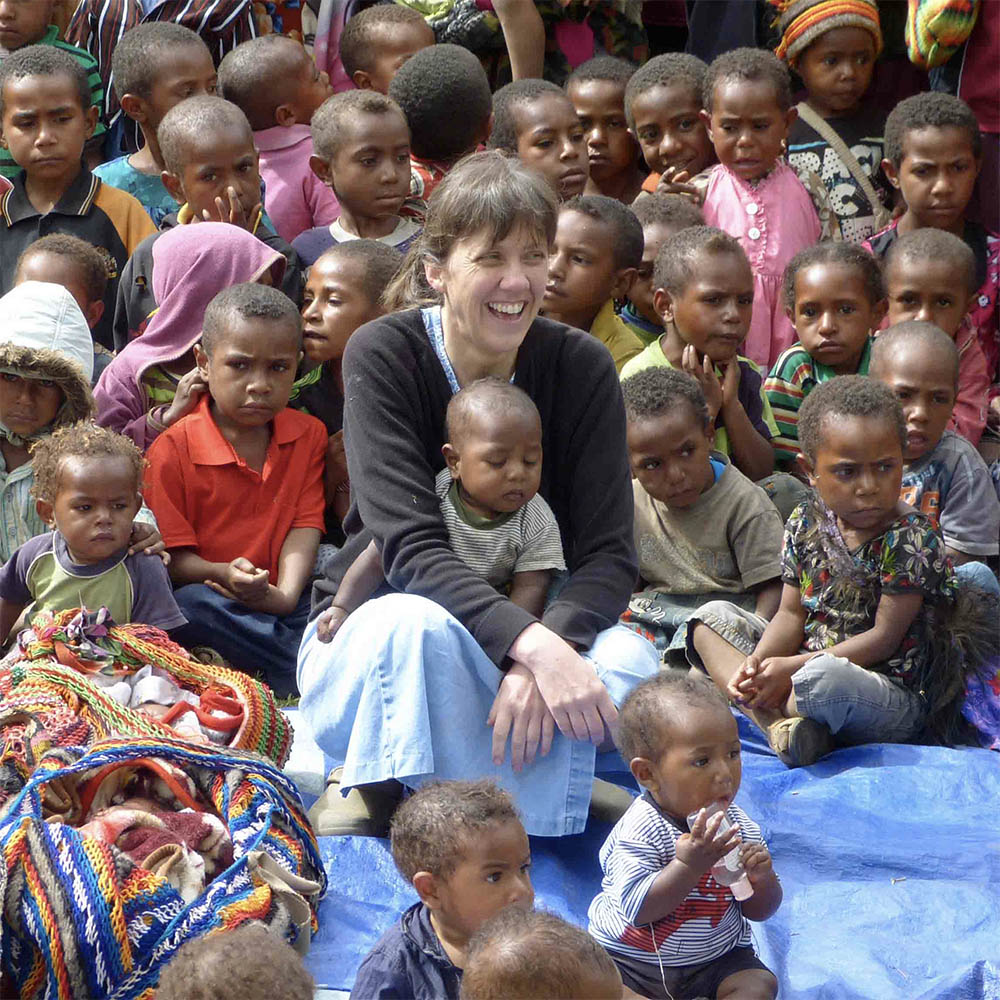 I was born all the way in the middle of the last century (1966), into a sound Christian home, the 2nd of 4 children. The Lord miraculously saved me when I was 5 1/2 yr. old. As far as I can remember, I’ve wanted to be a missionary since then. I graduated from Bob Jones University in 1990 with my bachelor’s in nursing, then in 1993 with my master’s in nursing from the University of Kentucky (Lexington). While waiting on the Lord’s direction, I worked as a Family Nurse Practitioner in Pickens, SC. The Lord called me to Micronesia in 1996, and I was accepted to work under Gospel Fellowship Association Missions in Greenville, SC that same year. I arrived in the Marshall Islands in 1998, and worked there until 2001. In 2002 I relocated to Papua New Guinea. I worked in the “bush” of the Simbu province from 2002 until 2017, when I moved to the Urban(ish) town of Kainantu in the Eastern Highlands Province. There is a population of about 10,000 here, compared to the 2,000 in the area where I worked in the Simbu. My work here is similar to my work in the bush. I volunteer at a government hospital in Kainantu about 25 hr/week. I am also actively working with 2 churches in the area to help establish childrens’ ministries, and teach a ladies’ Bible class in each church. I am still working on some translation projects; although my time will be split with studying to re-take the certification exam for my NP license in the US next August (2020).